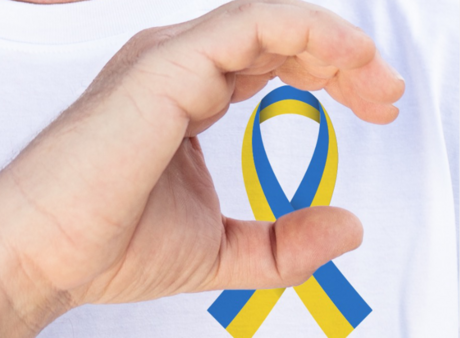 Charité is supporting Ukraine in a number of ways, including the provision of patient care. Charité Alumni is delighted to support the medical student association initiative at Charité in its appeal to support a hospital in Ukraine.

A group of medical students and employees of Charité were contacted by a hospital in Volodymyr – a small city in Ukraine – that is currently receiving next to no donations from the major aid initiatives.

As this city also urgently needs medical and other supplies as a result of the war, the task force has set itself the task of collecting donations specifically for the hospital. The campaign has been running for the last two weeks.

Arrangements to transport donations from Berlin to Volodymyr, close to the border with Belarus, are already in place and will start next week.

This appeal aims to mobilise combined efforts for one last push before departure!

While managers at the hospital in Volodymyr have sent the task force a list of items that are most urgently needed, colleagues will be grateful to receive other donations as well.

We want to highlight that you can also donate money to the campaign via betterplace – money raised there will be used at the end of the fundraising to purchase any products that are missing.

All donations will be gratefully received by Charité Alumni and Task Force Volodymyr.

Thank you in advance for your support!